PINK CANNOLI.  How a good thing turned into a great thing (and almost wasn't even a thing).​ 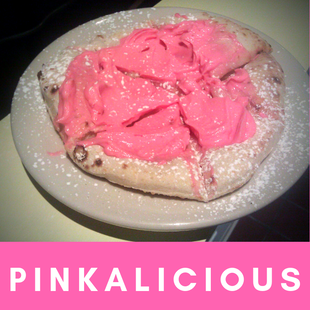 Where to begin... the cannoli?  The great cause?  Actually it started with Pinkalicious.  Yup.  Pinkalicious.  In mid-2015 the Zeiterion Theater hosted Pinkalicious the Musical and asked local partners if they could feature "anything pink" for the show.

Brick offered a Nutella pizza and we came up with a version with pink cannoli cream instead of Nutella.  Once the first one was ordered the demand was never-ending.  Brick's dining room became a constant parade of pink pizza. 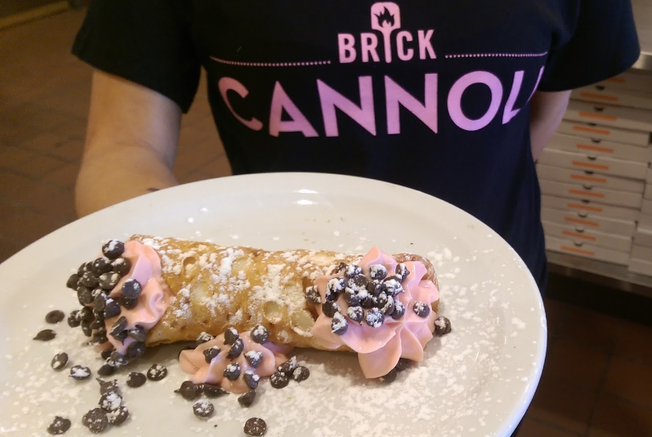 and it almost wasn't even a Cannoli at all.

It was one week into October and Breast Cancer Awareness Month was in full effect.  There was all sorts of pink around as a reminder to help increase awareness and raise funds for research.  Maybe it was because October is also National Pizza Month or maybe it took the Pinkalicious pizza to spark the idea but we couldn't believe that we hadn't thought running an October fundraiser sooner.

We were just about to reintroduce the Pinkalicious pizza as a delicious way to help raise awareness and funds for breast cancer when we thought, "Why don't we try the pink cannoli cream in a... cannoli!?"

​The Pink Cannoli is born. 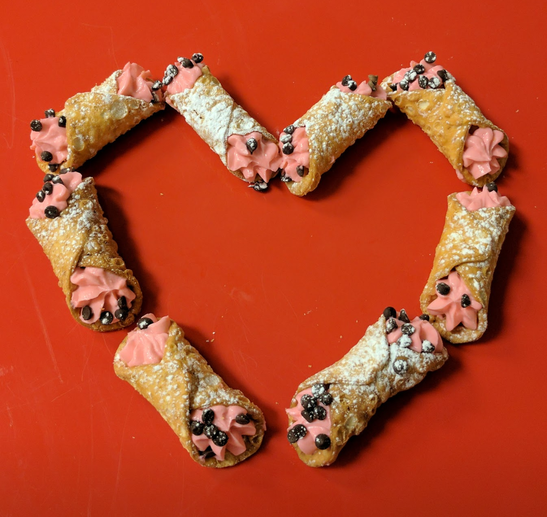 The very first year of the Pink Cannoli exceeded our expectations though admittedly those expectations were modest.

Each year we have raised more money for breast cancer research than the previous year and that is 100% because of our amazing patrons who contribute
year after year.

Together we turned a good cannoli great cannoli.

A ​Pink Cannoli :)
Every October Brick donates $2.00 for every Pink Cannoli sold to the Breast Cancer Research Foundation.  As of September, 2018 we have donated over $4,500.00 total and hope to raise $2,500.00 this year.  If you would like help us reach our goal all you need to do is treat yourself or someone you love to a Pink Cannoli this October.
​
In an effort to achieve our goal this year we are also donating proceeds from Pink Cannoli t-shirts and a percentage of gift cards sold at our online store this October